Five Ways to Promote a Workplace Culture of Security

Five Steps to Get There 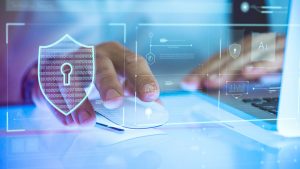 Nearly half of all data breaches can be attributed to an organization’s employees.

Bad actors know this vulnerability and are constantly looking for ways to exploit it, whether through phishing campaigns or by breaching poorly or unsecured servers and personal devices where sensitive data usually resides. And, there’s also the insider threat which often includes negligence without malicious intent.

These small but often times highly damaging employee errors are costing firms millions of dollars and sometimes their reputations. In fact, the global average cost of a data breach in 2019 is $3.92 million, a 12 percent increase since 2014 found the 2019 Cost of a Data Breach Report.

TalaTek believes firms can prevent some attacks and breaches by promoting a culture of security, which can be highly effective and inexpensive, considering global spending on cybersecurity is expected to exceed $1 trillion by 2021, according to Cybersecurity Ventures.

When a culture of security is in place, employees can better identify and respond accordingly to attempted cyber attacks. Employees can also take proactive steps to protect and store sensitive data in safer manners, while being diligent about their own cyber hygiene to reduce unintentional negligence.

TalaTek believes a culture of security is a critical, on-going effort, not a one-time-per-year event to raise awareness around an isolated issue.

To begin creating a sound culture of security, TalaTek recommends these steps: