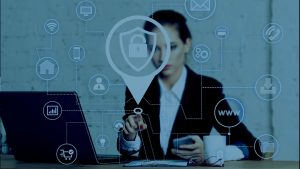 Women equate for a little over half of the U.S. population and represent 56 percent of the U.S. workforce.

Why, then, do women hold only 26 percent of technology jobs in this country?

Some experts think the gap starts in grade school, where gender stereotypes have historically been pushed. A classic stereotype is boys are better at math and science, while girls are better at language arts.

Obviously this is not true.

Still, these falsehoods can have an impact on the degrees women wish to pursue.

Data from the National Center for Women and Information Technology found that only 19 percent of computer science degree recipients were women in 2017.

Women who do choose to pursue a career in technology often face gender bias from pay disparities to job descriptions that aren’t gender neutral. (In fact, the gender pay-gap in technology is above the national average.)

Still, things are getting better for women in the overall workforce.

Women now hold 20 percent of seats on corporate boards for publicly traded companies and the female pay gap has shrunk 2.7 percent from three years ago.

Many firms, including TalaTek are paving the way for women by promoting a culture of equality.

TalaTek believes this is critical, given a potential cybersecurity worker shortfall the country might soon face.

The following are steps that can be taken to promote tech to more women:

TalaTek is hiring. More information can be found here.